The sixth year of the CREAM Bike Čeladná showed that this event is not only about sports performances and best times, but also about fair play.

It was just such a gesture that the Czech MTB representative Tomáš Višňovský, who was in the forefront with Jaroslav Kulhavý from the beginning of the race, made such a gesture. However, this was hampered by a defect in the second half of the track, which Višňovský did not use. Marek Rauchfuss finished third.

While last year, Jaroslav Kulhavý was struggling on the track and was happy for the third place, this year's CREAM Bike Čeladná left no doubt that he was well prepared for the race. The bikers had to deal with the track in the opposite direction than they were used to. Kulhavý was in the group with Lukáš Kobes, Mark Rauchfuss, Pavel Boudný and Tomáš Višňovský in the group during the whole race. The elite category race for 50 km began to break after leaving Pustevny. There gradually slowed Kobes and Boudny and ten kilometers before the finish eventually dropped Marek Rauchfuss.

Duo Višňovský and Kulhavý eventually complicated the finish of the race, when Kulhavý fell chain. However, Višňovský waited gentlemanly for the Olympic champion and wanted to give it a regular way.

Jaroslav Kulhavý was the first to cross the finish line at 1:43:11. “I was driving faster than I wanted, it was very hard. Fortunately, Tomáš waited a bit for me in the decisive hill because my chain fell. I am glad for it, I would probably otherwise the ending did not work, the boys would leave me. Tomas was better today, anyway I'm happy to win at home and I have to thank him very much. The new track was challenging, even though Pustevny was on the pace, we went there quite well, Tomas did not want to decide there yet. It was there that the order was reduced until we were only two. So the ideal course of the race. I went there a few times in the ascent to Tomas over the edge, tomorrow it will probably hurt me a lot, ”said Jaroslav Kulhavý, who is leaving for the World Cup race in Canada the next day.

“Being off the penultimate row will not be ideal. I do not have big ambitions there, but I am already thinking in winter preparation for next year, when the Olympics. I hope that health is all right and now it will be crucial to go back to quality training and where it should be, ”Kulhavý is looking for another season.

Four seconds behind him, Tomáš Višňovský (1:43:45) reached CREAM Bike Čeladná 2019. “I am satisfied with the second place, so we drove like this for the whole race. I was ahead, dictating the pace, gradually tearing off the other boys, so we stayed two in the end. But at the end of the race I caught the grass on the pedal a few times, it jumped a little, and Jarda punishes such mistakes immediately, ”said Višňovský representing the team Česká spořitelna Accolade at the finish.

Marek Rauchfuss from Kross Bikeranch Team was also happy with the third place. “Before the start I said that Tomáš Višňovský is doing very well. Jarda Kulhavý also pulled nicely. Up above Pustevny we jerked like this in three. About 10 km before the finish the boys jumped a bit and Vishna had a great move today, more or less doing the race and driving very nice. I am satisfied with the third place. The new track was definitely more to pull and more to performance. There were root sections, it was necessary to watch out for the defect. Otherwise, there was a nice warmth even at the top, so we had a good body, ”evaluated the race the third best biker of today's race, which finished at 1:44:54.

The best woman of the main ELITE race was Tereza Tvarůžková at 2:06:17 o'clock. Tomáš Kašný won at the 22 km long TOURIST race at 43:16 min. On the track rode at a high pace on average over 30 km per hour. Not even the best woman on this track, Andrea Martincová, who passed the finish at 50:56 min, when she developed an average speed of 20 km per hour, was not ashamed.

Spectators came into their own

While there was a fight on the track, the audience of the elementary school Čeladná had fun, competed and helped good things. During the day, the audience watched a skydiver jump from the Compact Skydive Team. Petr Kraus also performed twice in the show and actively involved the spectators in his show and the young jumps on trampolines from TJ Rožnov pod Radhoštěm were also very popular. Enthusiasts could also try walking on the slackline or take a ride a few meters above the ground in the rope center. Traditionally, the accompanying program is also attended by representatives of the CEZ Foundation Orange Wheel foundation project.

The public could be supported by two selected subjects by minute pedaling on specially modified wheels. The Čeladná Children's Home has received CZK 51,860 and a beautiful CZK 49,261 goes to the Čeladná Volunteer Fire Brigade, which will use the money to improve the facilities of the young firefighters' sports team.

“After a long time during the race, the weather was perfect. This was important this year because we changed a significant part of the route after five years. Although safer, it was also more racing. In a few places you could go really fast. I am also glad that the competitors managed without any problems the dreaded trip to Pustevny from Trojanovice, where they could meet ordinary tourists, people on scooters or bikes. This year, 849 bikers took part in the race, so we are delighted to have once again set a record attendance. It is nice to know that more and more people are cycling in this region, ”says Martin Kráčalík from the Seven Days Agency organizing agency.

The above-mentioned dimension of fair play not only in top sport is part of the mission of the long-time general partner of the CREAM Bike Čeladná race.

“The development of sport has a crucial place in CREAM's philosophy. From sport, we do not take only competition, stamina and hard work. Sporting behavior and 'fair-play' are the approaches we bring to our work. This is one of the reasons why we support a number of sports activities in the region, ”said Renata Janečková, spokesman of the general partner of the race, CREAM.

As in previous years, the general partner of the race is the CREAM group, whose logo is part of the visual identity of the race and according to which the race is also named. In addition to the CREAM group, the plant was established in cooperation with the PLA Beskydy, Lesy ČR and with the support of the municipality of Čeladná. The event is held under the auspices of Deputy Governor of the Moravian-Silesian Region Stanislav Folwarczny and Mayor of Čeladná Pavol Lukša. 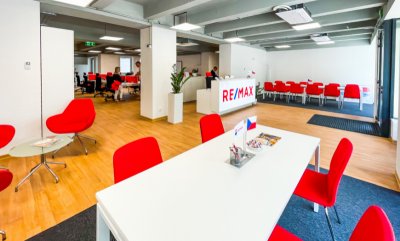 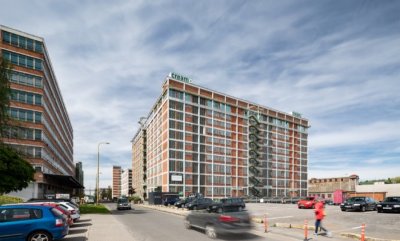 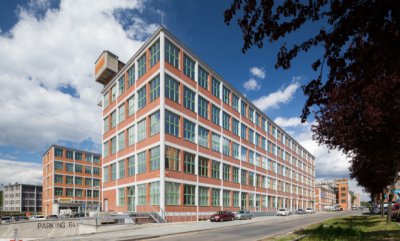 The HOUSE 64 properties in Zlín, warehouses 103 and 123, the Panorama shopping center in Jižní Svazy and the DUHA retail center in Ostrava Poruba will be largely energy self-sufficient, and with minimal environmental impact. Photovoltaic panels are installed on the roofs everywhere.A total of 6,800…
Read more 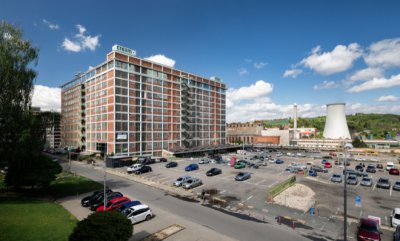